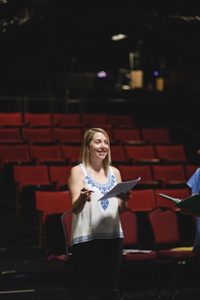 Erin is a theatre artist born and raised in Oklahoma. In 2017 she joined the teaching staff at Holland Hall Preparatory School, where she serves as the middle school theatre director. Erin has been a staff member at Clark Youth Theatre since 2007 and is a member of Odeum Theatre Company, an ensemble acting troupe based in Tulsa. She frequently works with local theatre companies, such as Theatre Tulsa’s Sweeney Todd and as an actor in Odeum’s partnership project with Midwestern Theatre Troupe, Fuddy Meers. Erin has a BFA in Theatre from the University of Oklahoma with over 15 years experience working regionally as a director, actor, designer and teacher. Erin was recognized as an “Artist to Watch” by Urban Tulsa Weekly in 2009, and her productions have earned 6 Tate Awards. Erin has 3 children and in her free time she works as a painter and visual artist. Erin is the lead acting teacher at Clark Youth Theatre, leads the Clark Improv troupes and Clark Conservatory Theatre . 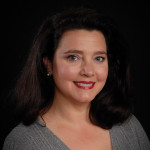 As President of Clark Council in 2014 when the City of Tulsa moved to cut funding for Clark Theatre, Tammy worked behind the scenes (down a path paved by our Clarkies, parents and grandparents) along with many volunteers to preserve Clark as a new non-profit Corporation, Clark Youth Theatre.  She then served as Clark’s Board President from July 2015 to September 2018 writing grants and aiding staff, and bringing The Penguin Project to Clark Youth Theatre.  She transitioned into the Executive Director position in September of 2018.  This was a natural merging of her theatre experience and business management experience.  Tammy spent most of her early life singing, dancing, and performing in theatre.  Some favorite credits include Lady Katherine in the operetta The Vagabond King, Claudia in Brownstone, Maria in West Side Story,  Tuptim in The King and I, and a fun summer as Laurey in Oklahoma! at the Edinburgh Theatre Festival in Scotland.  She has performed in theme parks, Las Vegas, traveled with a regional rock band at age 14, and is a two time first runner-up to Miss Oklahoma as well as an accomplished vocal coach. She acted  as Music Director for the first two Theatre Tulsa Broadway Bootcamps – Once On This Island and Children’s Letters to God, and most recently, The Emperor’s New Clothes at Clark.  Tammy loves working with children, and is constantly inspired by the creativity and talent of Tulsa’s youth, and the inclusiveness of Tulsa’s theatre community.  Since marrying Jim (25 years, people!),  she has divided her time between leading worship, an occasional vocal arrangement consult (including a Miss America), managing their investment firm and insurance agency, and graduating their three amazing kids, Parker, Preston and Madeline from their homeschool. 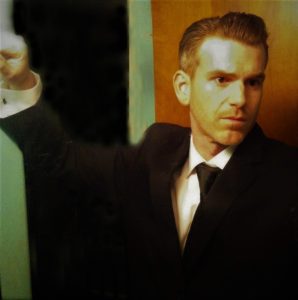 John co-founded Midwestern Theater Troupe in 1995, a group primarily dedicated to producing original play scripts from local writers.  To launch the troupe’s first season, John penned their inaugural script, “Baby, of Abaddon Mountain”, and they’ve been producing regularly in Tulsa ever since. In 2000, the troupe purchased a warehouse just east of Peoria on 4th St, in the Pearl District, which they converted into a black box performance space: The Nightingale Theater. Since then, the Nightingale has annually produced a full season of original plays, short-form work from their writers ensemble, shadow puppetry, non-traditional original musicals, rock operas, classics, Shakespeare, original translations of Ancient Greek plays, regional premieres of published work, and much more. The Nightingale is a fully self-supporting, independent venue. They are currently producing their 15th season in the ol’ Dirty Bird, (their 19th as an organized troupe). In addition to his work for MTT at the Nightingale, John has designed for most of the local theatre organizations over the years, and has been resident designer and teacher at the Henthorne PAC for the past five seasons. John is Clark Youth Theatre’s resident Technical director, as well as teaching a variety of classes, including the Viral Marketing class for teens.